…cried Azazel, on being reminded that Mordus is hauling his dead mom around in his bag of holding.
More pathfinder last night. Got back to the barge we hired to take us to the Isle of Terror, only to discover it had been ransacked and our dear captain Waldren – one-eyed dwarf sailor and all around chatty guy (our nearest and dearest npc, really) – was missing from his boat. We were attacked by some sort of squid/kraken, and our boat sank as a result of the battle. We gathered some supplies and headed ashore. After some walking, we spied a lobstermonster of some sort dragging a dwarf down the beach. Captain Waldren! Taker of great risks on our behalf! To arms!
The lobstermonster, spotting our approach, crushed Waldren’s head. Jerk. We had our vengeance. Spent much of our remaining time trapped on the island talking about opening up a lobster shack. And we were indeed trapped. Met a drunken tree (it fell on Mordus), found an ancient temple, bluffed an angel-looking extraplanar being, and fought our way through a strength-sapping shadow creature, an ageless evil knight, and some other fun stuff before we managed to brand ourselves in the ancient temple and get teleported back to our hometown.
We almost died some more (at one point only Mordus and his summoned Archon were still standing), but that’s at least partly on us; we never feel very safe so we tend to push on well past the point where we should be taking a rest. We need to stop doing that, especially since almost everything has the potential to do heavy damage to us at this point.
A fun night, and we’re finally home (with some huge bags of money i found in the temple), so I think we’re gonna open up a terrorlobster shack on the edge of town while we rest up and buy some gear (it’s been several levwls since that was an option). 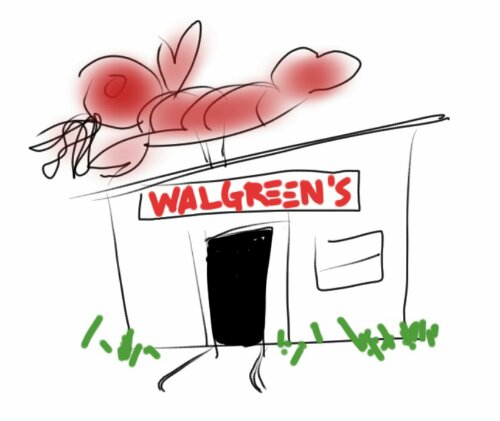