Continuing on from where I left off… I got those fiddly bits attached last time, so this time I started by finishing up with the Vallejo Olive Drab on the armour plating and the Citadel Warplock Bronze on the various actuators and mechanical parts. 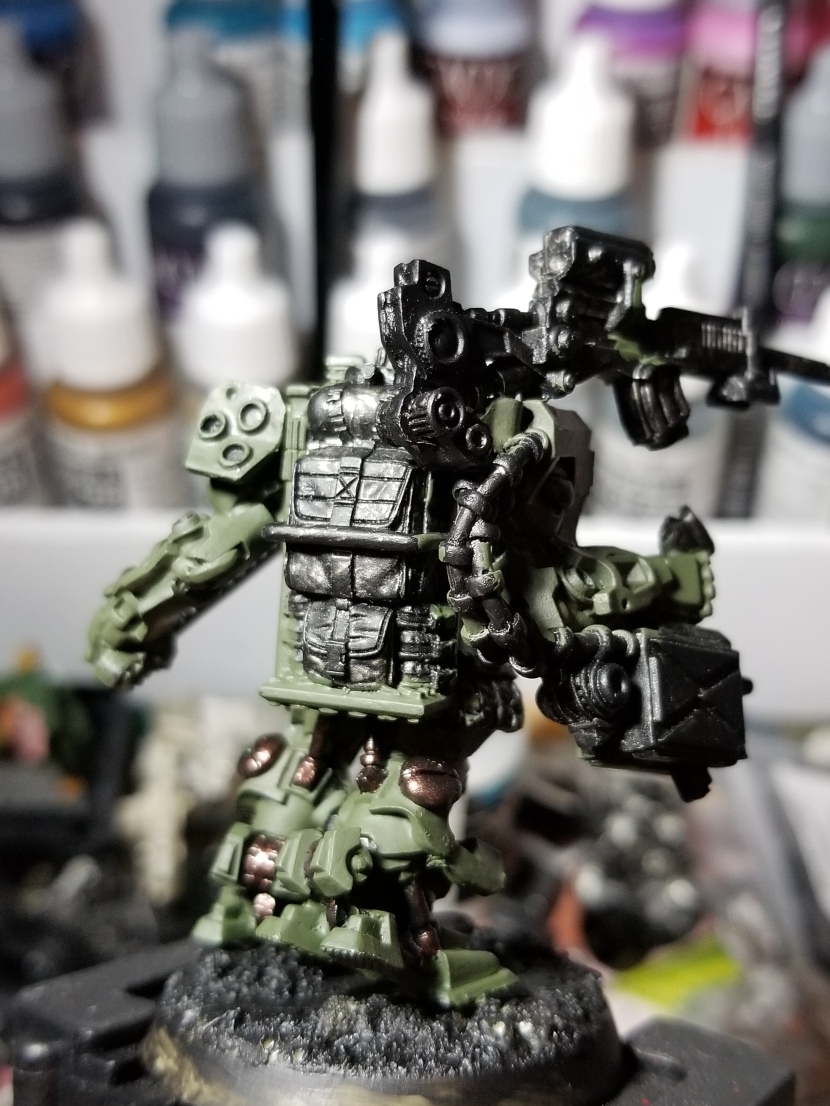 Further detail involved more machine parts first; I decided to make most of the actual Blackjack a combination of the green and bronze, with some Vallejo Gunmetal Blue on te actual armaments. All Vallejo browns for the little details. Saddle Brown, Red Leather, and a couple others.

Agrax Earthshade over pretty much the whole thing netted me some depth. I’m not a huge fan of what I’ve done with the submachine gun. The combination of Olive Drab plating with the Gunmetal Blue weapon looks weird to me, but so did a huge box of Gunmetal Blue.

I opted to do some drybrushing once that was done. Mostly just a mix of the Olive Drab with a slightly more traditional Vallejo green, which I drybrushed over almost everything. It’s acceptable, but not very fancy. In some spots the green overshadows the other base colours, but I’m really happy with the effect it had on the armour plating, so I figure the pros outweigh the cons here.

I haven’t clearcoated it yet, but I doubt I’ll do much else before that step. Highlighting’s not usually something I bother with. Mostly I just need to decide if I want to do anything else with the weapons before calling it done.