I’m generally pretty annoyed with the way the local Value Village handles the toy cars (and they’re not alone or anything, I’ve seen lots of stores in other cities do the same); the cars get bundled into bags and then tagged at $3.99 or $5.99 or something similar. It’s annoying because there’s usually not enough in a bag to justify the price regardless of what the cars are, and doubly so because there’s always one good car, one potential scrap car (good tires or a cool engine or something), and a bunch of chaff. Which is made worse by the fact that – based on the inevitable holes torn in the sides – other folks just yank the good car out and leave the rest. You occasionally find something worthwhile, but you have to buy a bunch of garbage at the same time.

Miracle of miracles, I occasionally find a bag that’s pretty okay. One time it was a bag of 3 Monster Jam trucks, another time it was a DeLorean time machine, a Firebird, a pretty sweet GTO, a 50s Chevy of some ilk, and a Silverado. Okay, I have no real need for the Silverado, but it had a to-scale bike in the back, so we’ll call it a win. This weekend I started messing around with the GTO.

Stock, this is what it looked like at one point. Mine was in rougher shape, with the roof a little squashed and the spoiler broken, plus lots of paint chipping (never a problem for Gaslands). I started by cutting off that roof.

I opted to smash up the windshield and put some of it into place. Looks okay.

I was originally thinking about putting a floor in the back, so I cut the rear seats out, but changed my mind one things got under way. I also repaired the spoiler; probably pretty unnecessary, but it will help maintain the ‘car feel’ a little. 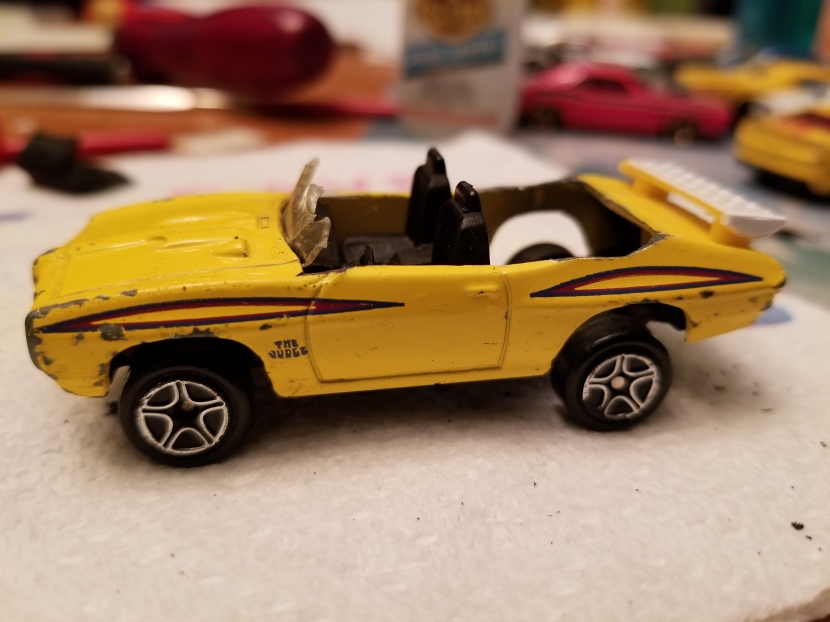 I am also, of course, a sucker for big offroad tires. 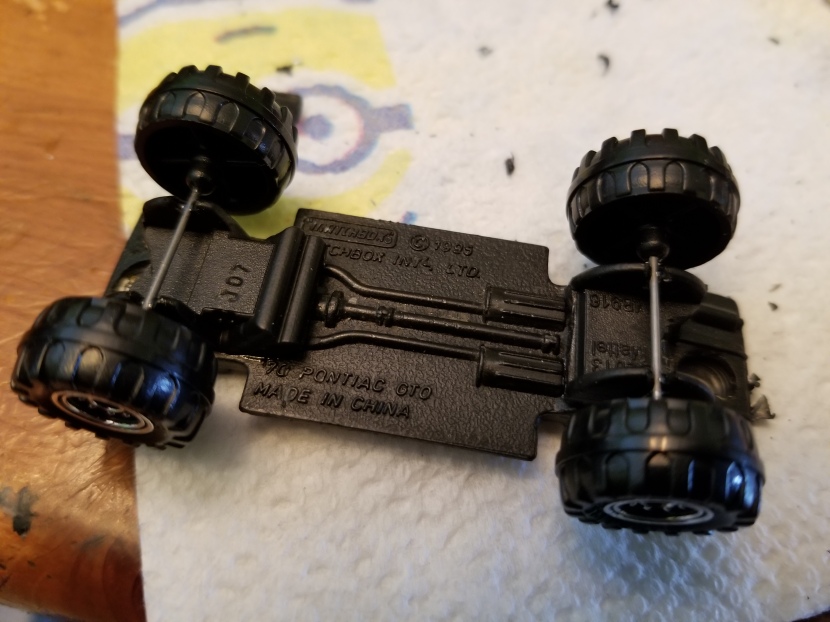 Add a ‘ram’ made from 40k centurion parts and a bit of plating on the back, and we’ve got a solid baseline! 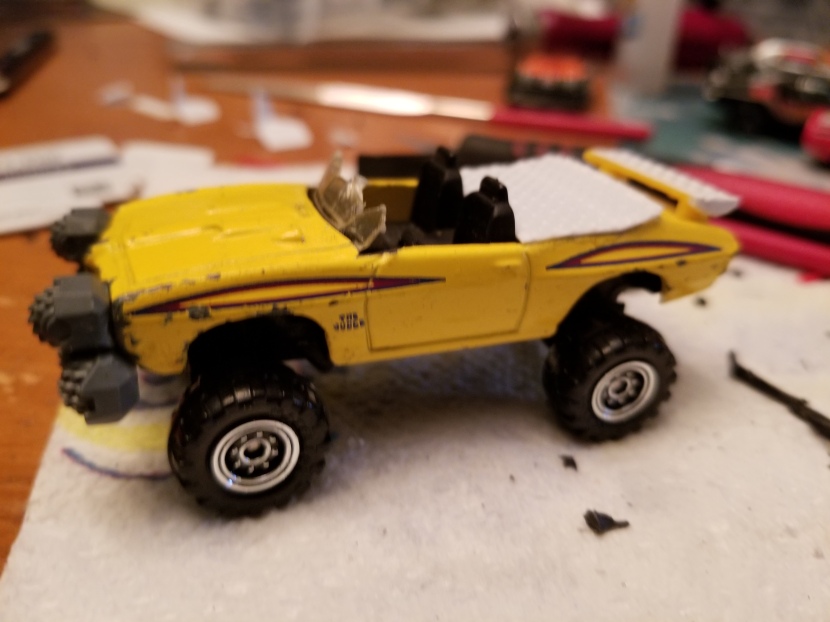 Doesn’t look much like a car anymore, though, does it?