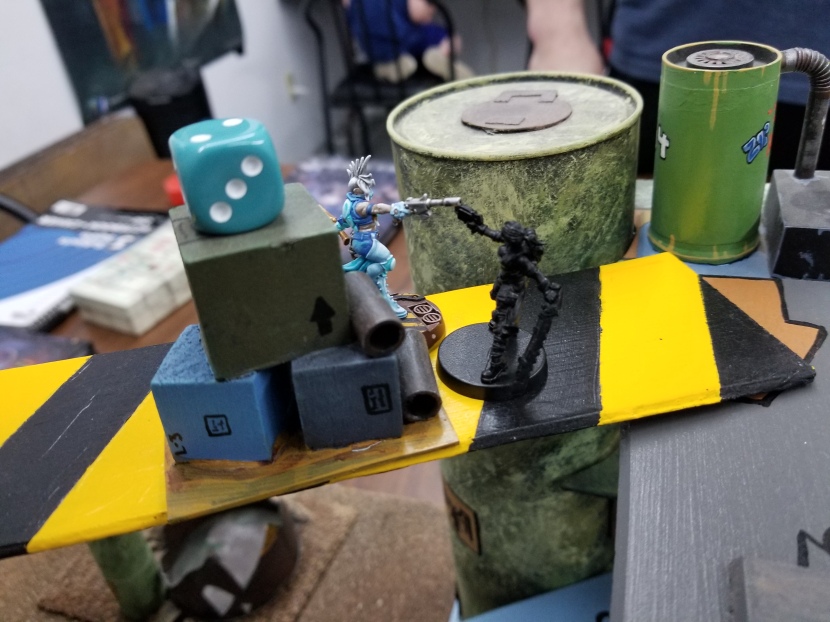 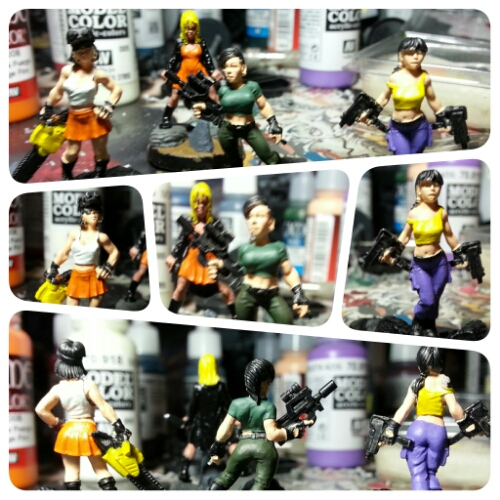 Decided to work on a few Violets simultaneously last night. Didn’t finish any of them, but I feel like all of them are to a point that fielding them will be easier (it can be awkward discerning who’s who when everybody is just primed, but I’ve only had this one evening to paint over the last couple weeks, and the other guys have been cool about it). At some point I will give each Violet her own ‘meet’ post, but for now here’s some minimal details.
So, on the left with the chainsaw (chainsword), Hurricane Amy. 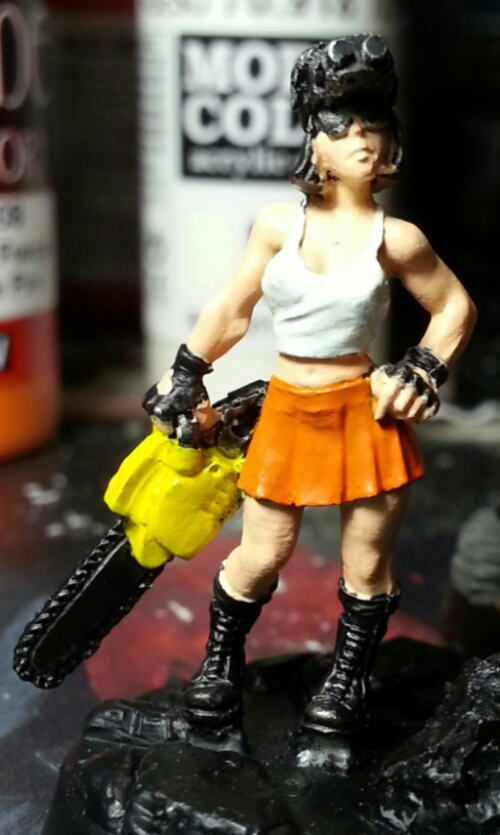 Previously just Amy the juve, she recently became a ganger. A terrible weapon skill but great combat skills, she’s pretty unpredictable.
Next, in the background you can see Patricia the juve. 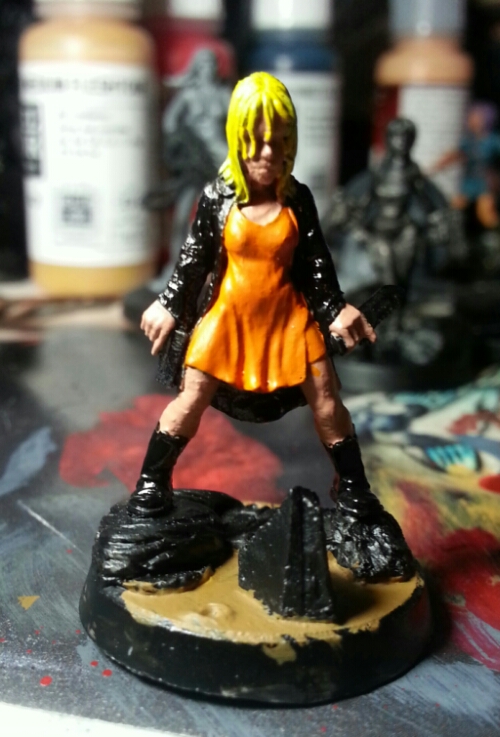 She hasn’t had a chance to do much besides survive her first fight. This miniature was previously used to represent Beth (Bettie Rage when she was still just a juve).
Next up is Jael ‘Jailbird’ Nightingale. 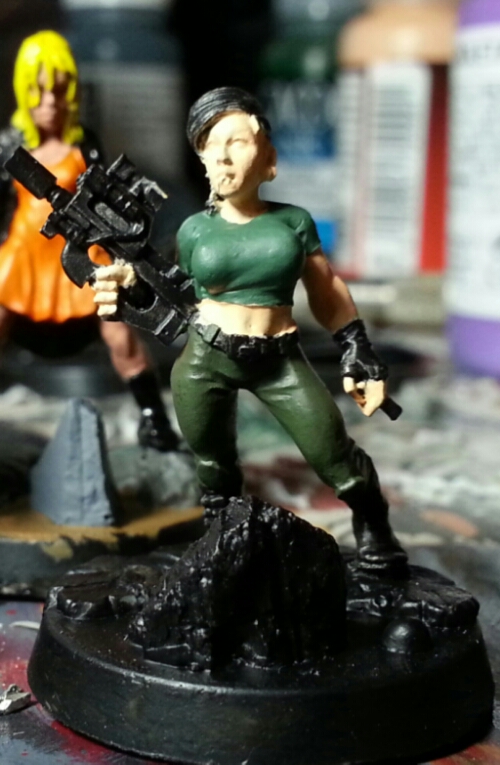 Less useless than a some in class combat, but I’m still keeping her as primarily a shooter for now. The shortest of the Violets, and basically a little bundle of kill; she doesn’t take crap from nobody.
Finally, Bettie Rage (formerly Beth the juve), who has already been given a meet and greet post. 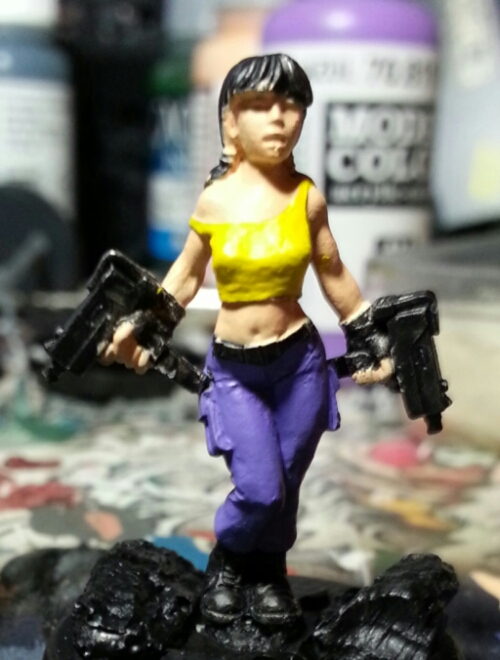 She’s not a gunfighter, so she can only use one of her bolt pistols at a time, but she’s a little free with the ammo at times, and doesn’t want to run out.
Since I’m working with the three right now, they all got the same skin tone. The next batch will be different. Especially since these three prompted my wife to ask why I always paint Caucasians. Which is not 100% true, but close enough to be a valid query. I figured largely because it’s the paint colours I have, but also partly because I kind of have the hang of it to some degree (I have no idea how my attempts at darker skin tones will turn out), and partly just habit, I think. I started with GW space marines, and their genetically engineered fluff sort of implies minimal variance (I’ve occasionally wondered if I should technically be more consistent with their hair colours…)
Anyway, her response to my limited paint colours was that it’s too bad I don’t work at a place that I can buy more paints (which of course I do…), so I’m going to jump on this opportunity to pick up some new skin tones. Whenever that happens, expect some fresh new variety!
Which hopefully I won’t be terrible at. Grin.